Warning: spoilers for She-Hulk episode 3 ahead – turn back now if you have not seen the latest episode of the MCU show.

Before She-Hulk reached Disney Plus, we were promised “a lot of cameos”. The third episode, titled ‘The People Vs. Emil Blonsky’, seriously delivers on that front: Abomination’s here again, the Sorcerer Supreme Wong returns, and Megan Thee Stallion’s introduced to the MCU (yes, really). The sheer amount of talent on screen should be enough to elevate the episode, especially considering the show’s love of self-referential comedy. But instead, it feels like a wasted opportunity as proceedings are bogged down by a terrible subplot.

Following on from last week, Jen’s dealing with the fact that footage of Abomination breaking out of prison has leaked to the public. Considering she’s trying to secure his release, it’s not a good look, but Blonsky has an explanation: Wong broke him out against his will. Jen goes on a mission to locate the Sorcerer Supreme, using his baffling internet presence for clues. She finds him and builds a case around his testimony. Despite an almost catastrophic set-back when Blonsky turns into the Abomination, Wong helps Jen secure his release – and it’s a big win for the newly created superhuman law division.

So far, so good. The storyline has the fun case-of-the-week structure that we were promised, and Benedict Wong’s a seamless addition to the cast, his character having already proven comical in Doctor Strange and Shang-Chi (who can forget his love for karaoke?). Tim Roth continues to bring some humanity – and weirdness – to Blonsky and Tatiana Maslany imbues Jen with great comedic timing.

Unfortunately, though, that’s only half the episode. An ill-conceived subplot sees one of Jen’s former co-workers being defrauded by a shapeshifting elf from New Asgard. He thought she was Grammy Award-winning rapper Megan Thee Stallion and showered her with thousands of dollars of gifts – turns out, she was actually a mischievous older woman with a penchant for causing trouble.

The whole thing’s simply not very funny. If this was a quick gag, then perhaps the cameo would have worked, but the subplot is dragged out. We end up spending a good chunk of time with characters we don’t care about, and it ends up feeling silly and inessential. I mean, the writers resort to telling the same joke – the elf impersonating different characters while the audience doesn’t realize – three times in a row.

The meta comedy also gets pushed in the wrong direction. So far, She-Hulk has been on the right side of witty, last week’s joke about Hulk once being a “completely different person” being a highlight. However, the introduction of New Asgard feels like connecting to the wider MCU for the sake of connecting to the wider MCU: there’s no chance to learn why the elf’s traveled to Los Angeles, and the crossover turns into a joke that doesn’t really take the universe seriously.

The writers even recognise that the subplot is weaker than the main action. A clunky moment sees Jen brought in to “connect the A and B story”, the lawyer testifying in court that her defrauded co-worker is deluded enough to think Megan Thee Stallion would be interested in him. It works, just about, but even She-Hulk’s super strength can’t lift up this terrible diversion from the main story.

We should probably talk about Megan Thee Stallion’s cameo. It’s an almost blink-and-you’ll-miss-it moment, and I can’t help but wonder why her appearance (revealed on the internet beforehand) wasn’t beefed up. However, she does return in the post-credits for probably the most “meme-able” moment of the show so far, though I expect the scene will split everyone – some will love seeing CGI She-Hulk twerking, others, myself included, will be covering their eyes in disbelief. I thought my cringe levels had been lifted by the in-your-face girl power and the jokes about Captain America’s virginity, but I was wrong.

Despite everything, She-Hulk’s final act leaves some reason for optimism. Jen is attacked by a gang who are trying to get a sample of her blood. At first, the encounter seems like another excuse for Jen to demonstrate her She-Hulk powers, yet one of the men says that their “boss will be mad” at their failure. Could the show be introducing Wrecking Crew, a supervillain group rumored to make an appearance in She-Hulk? Whatever the case, the series appears to be setting up a villain – and it seriously needs one. The comics have plenty of great foes, and bringing one onto the show will offer some overdue stakes.

She-Hulk is airing weekly on Disney Plus – check out our episode release schedule so you don’t miss a moment. We’ve also broken down all of the other upcoming Marvel movies and shows that have been confirmed. 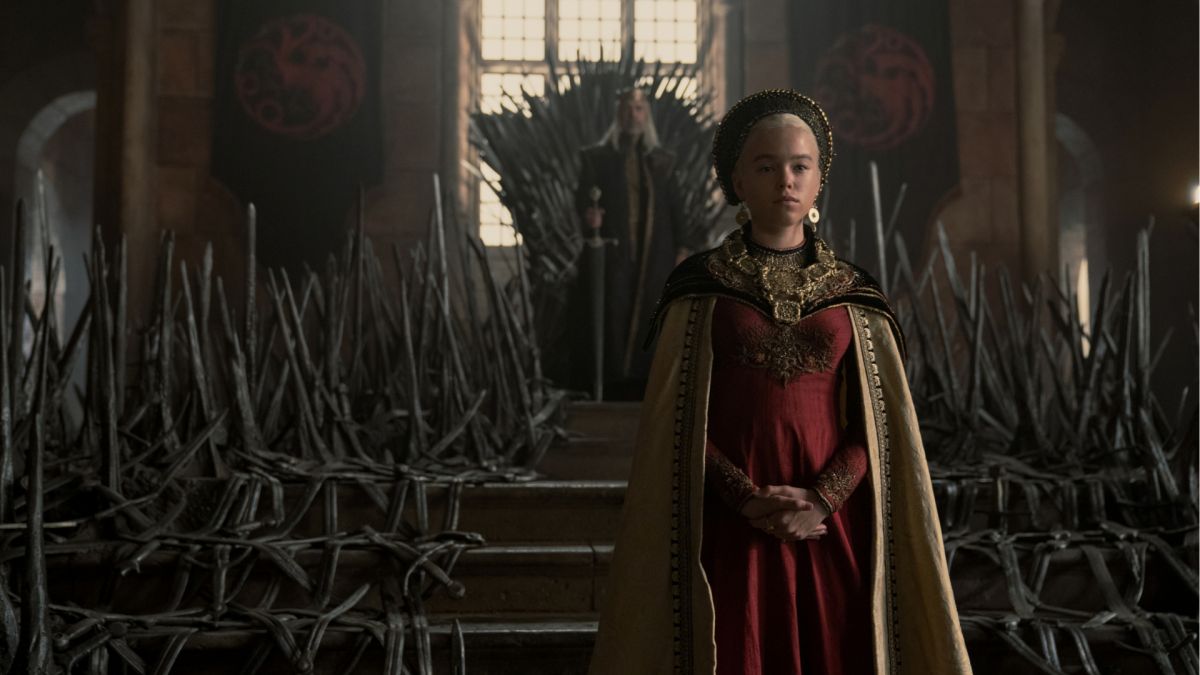 Targaryen family tree: whos who in House of the Dragon?

Game of Thrones prequel series House of the Dragon shines the spotlight on House Targaryen around 200 years before the Daenerys stormed King’s Landing. And while the scope of the series may not be as broad as its predecessor just yet, there are still plenty of new characters to get your head around. For starters, …