Following the launch of the excellent X1300i last year which was a big step up for HD projectors for gaming, BenQ’s 2022 range has been expanded to consider specific kinds of players such as the social and casual players, and the competitive, and then also the explorers.

BenQ says that the X3000i can do everything the BenQ TK700 can do – an excellent projector that is aimed at the competitive gamer, boasting amazingly sharp and smooth 4K picture while delivering minimal input lag – but adds its CinematicColour technology to also give the best colour reproduction to create a truly immersive experience for the new-gen open-world gamer. There are other differences to the tech too – this runs off 4 LEDs rather than the single bulb of the TK700, which is part of the reason the colour is such a step forward from a lamp that was already quite impressive.

But can it successfully represent a significant step up from the TK700 and the BenQ X1300i?

The X3000i is similar in shape and design to the X1300i: a tall cuboid in clinical white plastic with a smart black glass front. The height of the unit does make it quite bulky, especially since it still also has a large footprint. It just about got by on my usual rear projector spot on the shelf, but I did have to check carefully that it was secure in place. There are some bulky plastic screws attached to help you angle the unit.

There’s a standard range of connections: two HDMI 2.0 slots on the rear (with a third internally for the supplied streaming dongle – with the usual review of “solid but misses key apps”), 1 USB-A, DC 12V trigger, VGA input, and aux out.

When we tried the TK700 we were blown away by how good games looked on it: incredibly sharp 4K picture with 16ms of input lag at 60Hz refresh rate. This doesn’t seem to have been done in a projector before, and BenQ is justified in calling this a major milestone in gaming home projectors. This made the TK700 a fantastic projector for first-person shooters, but also very strong for open-world RPGs. I wasn’t sure how much the X3000i could improve on this, even knowing that BenQ had put in their top colour tech.

The second I switched on the X3000i I was genuinely shocked at just how strong the colours were. I did some A/B testing with the TK700 and the difference is huge. Even knowing this, the TK700 remains a great projector. But the X3000i really does take everything great about that sharp image, that smooth movement, the minimal input lag, and adds astonishing colour depth to create a recipe for not only one of best 4K projectors but easily one of the best projectors for PS5 and Xbox Series X. When my wife saw me playing Horizon Forbidden West on the X3000i she instantly noticed details on Aloy’s belt that she’d not spotted in her many hours of gameplay on another projector.

Flicking over to shooters, it still delivered the amazing detail and minimal input lag of the TK700, making this a great all-rounder. The smoothness of motion in the fast-paced action of Call of Duty Warzone really helps to improve your ability to locate and take out targets, even when you flail the camera around as much as I do. The depth of colour made it even easier to pick out targets, especially in dark areas, so if you’re looking for every competitive edge then this can help you to raise your game even further.

The sound from the projector is great too: adding a second speaker to the excellent one in the TK700 and giving excellent room-filling audio from the unit. When plugged in, there’s the same audio technology as the rest of BenQ’s gaming range – with the FPS mode, in particular, offering extra directional sound detail to help you pick out opponents. It’s very immersive when connected to a gaming sound system.

The X3000i provides some of the best gaming pictures I’ve ever seen coming out of projectors, even over units that are multiple times the cost. It takes a great projector – the TK700 (which I would still hugely recommend) – and adds incredible colour technology to the amazing 4K resolution and minimal input lag. BenQ has set a new standard for gaming projectors with their 2022 units and it will be fascinating to see how competitors respond.

How we tested the BenQ X300i

Since the X3000i is set up specifically for RPGs, I got stuck into Horizon Forbidden West to put it through its paces. The landscapes looked incredible, with vibrant reds of the reeds particularly popping. The depth of colour even ended up being distracting; I was enjoying looking around too much and kept forgetting what I was meant to be doing.

While I’m not much of an FPS player, I really did notice the improvements to my play with such a good set up for these games when playing Borderlands games or Call of Duty Warzone on PS5 and PC. It didn’t work miracles, but I was working from a very low base. I also got stuck back into Fall Guys since it became free to play and loved the bright colours, while the smooth image and low input lag meant I could keep track of even the most frantic levels and get closer to that elusive win. On a practical level, as I was testing in record temperatures in London, the fact that the LEDs run cooler than the single bulb of the TK700 was quite welcome!

It was great for watching films and shows too – particularly as I finally started Ms. Marvel. The vibrant colours really popped on the X3000i, with a rich depth to the image even when watching with ambient daylight. I was never once tempted to flick back to our usual projector while trying this out other than for comparison reasons. 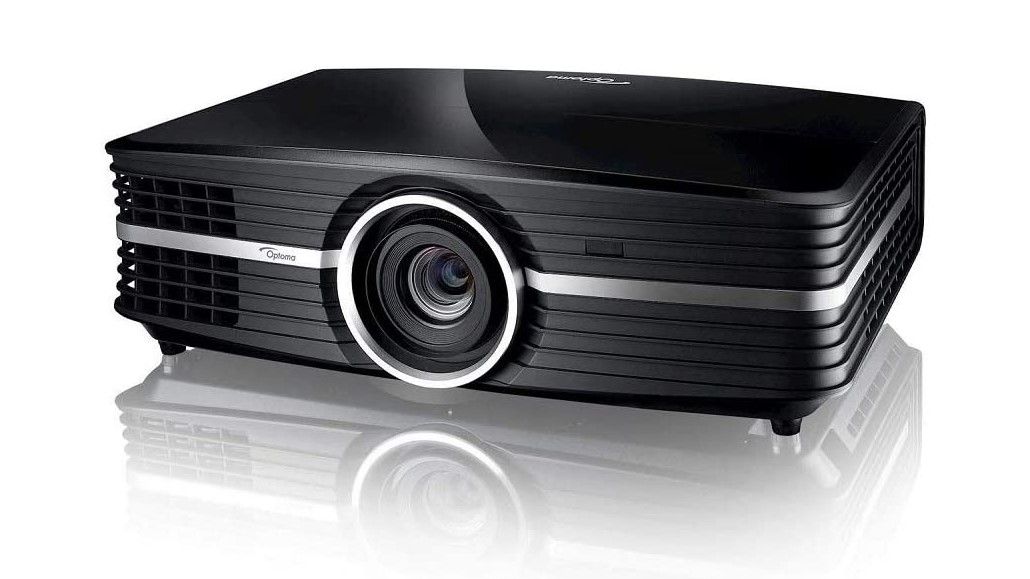